Looking for something new to watch? Lucky You! Because the drama gods have gifted you three new great dramas from the Land of the Morning Calm. So get ready to camp in your couch (or bed!) because it’s binge watch time!

And now, here are the three recently completed Korean Dramas to watch:

While You Were Sleeping

Plot: A rookie prosecutor meets a woman who dreams about him and his future. Together, they will work against the Fates using the gift (or curse?) of dream prophecy and prevent a string of unfortunate events—that could’ve put their future lives in peril—from happening.

Why watch it: It’s a fun, quirky drama with plenty of nutty characters that will surely capture your heart. A little warning though, you might find yourself suffering from a serious case of SLS (Second Lead Syndrome) at the end of the drama, so be prepared.

Jae Chan:
Right.
Who’d believe me…
If I say that I saw you in my dream
and that I came here to change what I saw in my dream
because you look so sad in it.
No one will believe that I changed your future.

Hong Joo:
I… I believe in you.
Because it’s me,
I can believe you.

Personal Thoughts: I thoroughly enjoyed this drama. Lee Jong Suk, as always did an awesome job portraying the adorkable Jae Chan and Bae Suzy has improved a lot acting-wise. Anyone here, watched Uncontrollably Fond? Please don’t tell me I’m the only who found her aegyo and drunk acting in that drama painful to watch?! In WYWS though, she did a pretty good job bringing the nutty Hong Joo to life in the small screen. And I love her in WYWS. So I’m not hating on her. It’s just that she’s a hit or miss to me acting-wise. As for Jung Hae-In, can Woo Tak get any more swoony? I mean, when he smiles… sigh… swoooooon! Lol. FYI, Jung Hae-In played Lee Hong-Ki’s idol brother in Bride of Century he’s a unrecognizable though at first glance due to blonde hair. But blonde Jung Hae-in is definitely a sight to see! *more swooning* 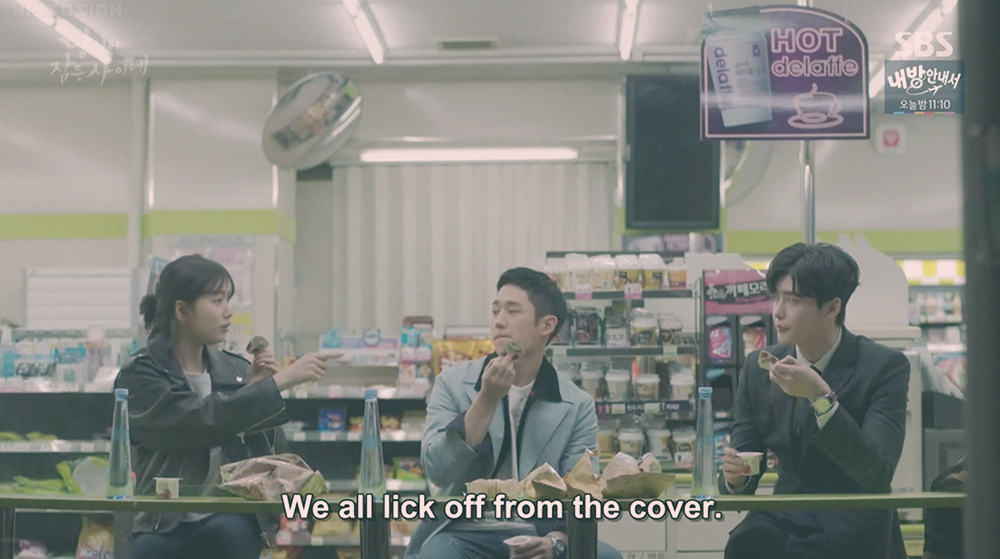 Anywho, the Three Flying Dragons, I’ll definitely miss them. Their overall dynamic was just perfect. And I’m so glad the writer gave us a cute amicable friendship among the three leads and not some angsty and complicated love triangle. I just wish the writer gave “Uri Woo Tak-ssi” his own HEA. Oh well, you can’t always get what you want, right?

So if you’re looking for something to binge watch, go ahead and start with WYWS. It’s a drama that will appeal to everyone. It has plenty of endearing characters you’ll definitely root for and also a few cunning charcters you’ll be wary of. Also, WYWS will take you on an emotional rollercoaster ride. It’ll make you laugh, cry, thrilled and angry. Basically, it’ll make you feel all sorts of feelings. Lol. But of course, the drama is not without flaws. The fantastical element of the drama (dream prophecy), just like the writer’s other work ( I Can Hear Your Voice and Pinocchio) was not explained well.  How and why Hong Joo has the gift of prophecy through dreams, we’ll never know. An explanation would have been nice but I guess it’s not necessary. Instead, rather than thinking that Hong Joo’s ability is something extraordinary and “magical”, in WYWS universe, treat it like as normal occurence as catching a cold and that people within close proximity maybe infected anytime.

Plot: A drama about a divorced couple who suddenly found themselves transported back to their 20-year-old selves. Will they use this chance to stop themselves from crossing paths and pursue other relationships or use it as an opportunity to heal and find the love they lost as they rediscover what made them fall in love to one another in the first place?

Why Watch it: Jang Nara and her ability to conjure unlimited tears.  And again, SLS is strong in this one as well so watch with caution.

Romantic dramas end with marriages.
It’s a happy ending for them.
For the main characters who have been through so much,
marriage is like the final result and the end of the journey of love.

The main characters who are looking forward to bright days ahead…
have opened the doors of blessing and lived happily ever after.

Personal Thoughts: “If you knew then what you know now, what would you do?” —this question is basically what Go Back Couple tried to explore. How? By literally sending our main couple back in the past with their memory of the present completely intact. Another time slip drama? Yep. And how many times has it been already that time slip was used as a plot device in Kdramas? Many times already that it’s becoming more and more cliche each time. But I don’t care because I love Jang Nara and I watch anything with her in it. Why? Because she’s an amazing actress and she never disappoints in whatever role she portrays. 🙂 Don’t believe me? Try watching Go Back Couple. She’ll move you with her tears. If not, then I don’t know anymore. Haha. But seriously though, despite my very biased post, try watching Go Back Couple. You won’t regret it. 🙂 It’s a feel-good drama with plenty of tears and  laugh-out-loud moments that will surely warm and tickle your heart at the same time.

I’m pretty sure everyone knows where this one was from!

And how could you resist this eye candy?!?

And how can you runaway from Ma Jin-Joo…
When she’s this clingy!

Plot: A group of strangers running away from life, embark on a journey together to seek solace in a foreign land.

Why Watch it: Bonjour! Because Paris is always a good idea! Yes? But seriously, this drama has beautiful cinematography.

Personal Thoughts: I’m not expecting much when I picked this drama out. Main reason why I chose this was because it was shot in France and I just visited Paris a I few months back so in a way I felt like reminiscing that trip through this drama. So really I watched the drama mainly for the visuals, which btw did not dissappoint, and so it was a pleasant surprise when it turned out that The Package came with a great story too.

I love that I found this drama unpredictable. Like I thought I already figured the characters’ back story and then there comes a twist. Love those little surprises. And if I am to choose which character’s back story is my favorite, I’d say it’s Yeon-Sung and Na Hyun’s. Not telling why because that’ll be a major spoiler. Lol.

My only issue with this drama, well actually I have two, one is it’s too short and I found the ending a bit lacking. An epilogue could’ve been perfect to tie every thing in nicely. And two, I wasn’t a fan of the obvious product placements. Lol. JayJun masks anyone? I mean I’m okay with product endorsement in a drama. Just that I didn’t like how the product placements in The Package felt so forced  in the story. The placement is so obvious like it’s literally glaring you in the face and so I wonder if The Package was just a big and very expensive promotional video for JayJun masks? But that’s just my two cents. Don’t let it sway you away from watching the drama. My opinion might be different from yours. So just give this drama a chance and see for yourself. 🙂 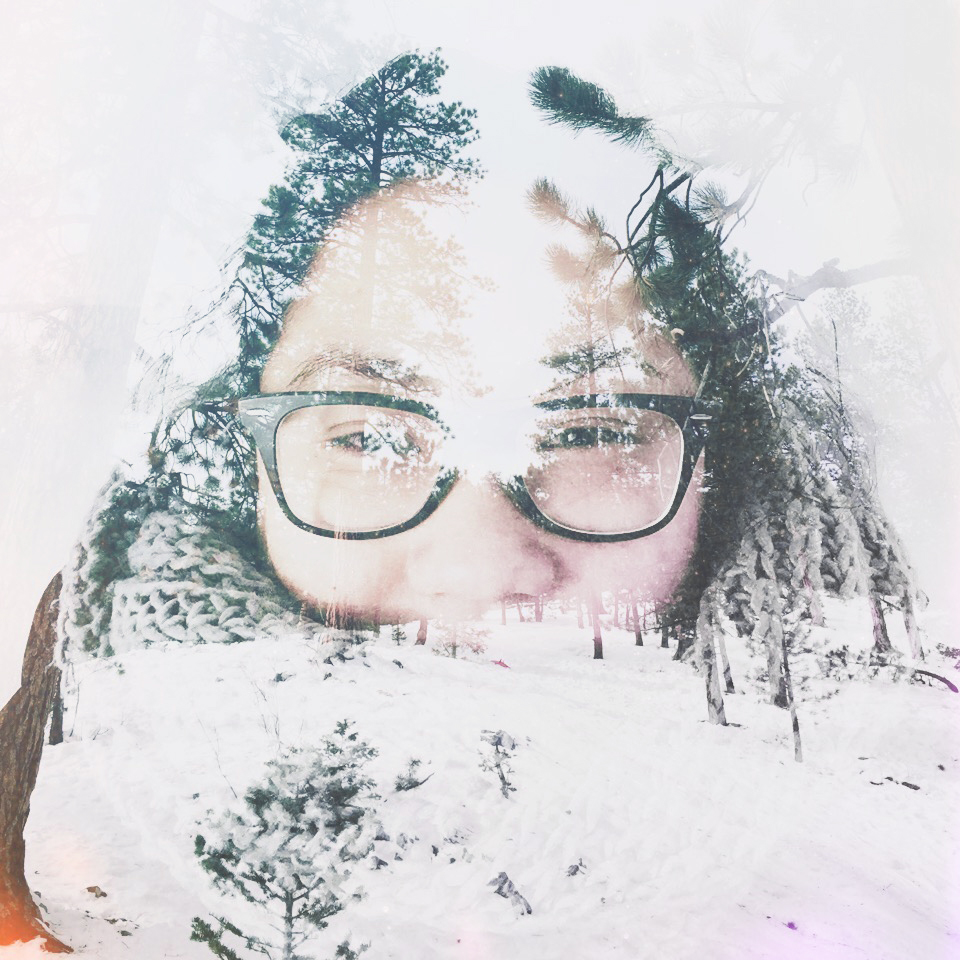 I’m Diane. I’m an introvert who likes to code and design websites when I’m not procrastinating. Yes, I procrastinate a lot. I’m also into hoarding stuff. I like collecting all things pretty. My current obsession: Stationery.

Previous Entertainment Lately #1
Back to Home
Next Sunday Currently: Vol. 2

Just @yohan.pututuy being cute and silly 🥰😘

Procrastinating got me into fuzzy cutting ephemera

Out and about with the fambam to eat some Churrasc

This error message is only visible to WordPress admins

There has been a problem with your Instagram Feed.